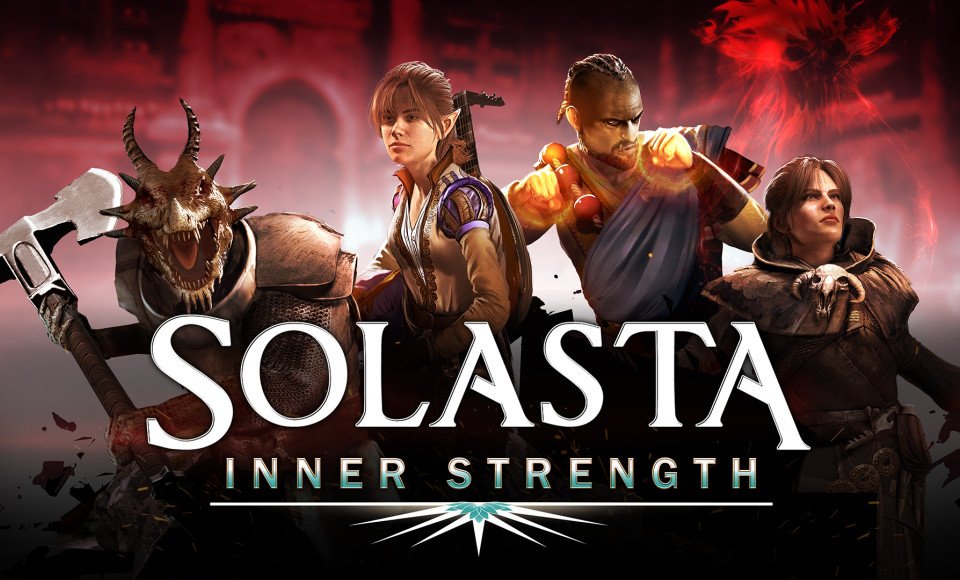 The Inner Strength DLC is now available, with an extra serving of free update on the side! So, what's new? What changed? Everything will be revealed in the wall of text below.

Detailed information about each subclass can be found in the following threads:

Alright folks, time for you head back into Solasta! If you're looking for people to play multiplayer co-op with, make sure to drop by our Discord Server to meet new friends! 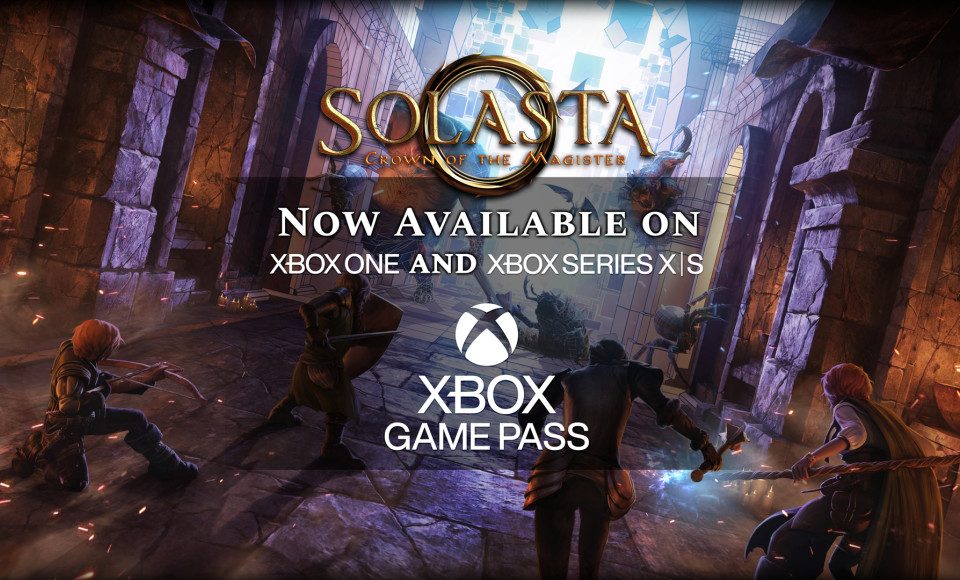 Solasta is now available on Xbox One & Xbox Series X/S

Just dropping a quick news today to announce that Solasta: Crown of the Magister and its DLCs are now playable on Xbox One & Xbox Series X/S! Read below for more details. How does Game Pass / Microsoft Store work between PC & Xbox?

Purchasing Solasta: Crown of the Magister and any DLC on the Microsoft Store makes them both available on PC and Xbox! The base game is also available via Game Pass on both PC & Xbox.

Are the DLCs available on Xbox?

Yes, all the DLCs can be purchased on Xbox.

Are the save files shared between PC Game Pass and Xbox Game Pass?

Yes, you can continue your PC playthrough on Xbox and vice versa

Is there Multiplayer Crossplay between PC & Xbox? What about Crossplatform between different Xbox consoles?

Is the Dungeon Maker available on Xbox?

Can I use the pad on PC now?

Not yet! There are many additional requirements before we can submit a pad-compatible version on PC, so it's not as simple as it may seem.

Where can I get the Game / DLCs?

You can get it on the Xbox store here! 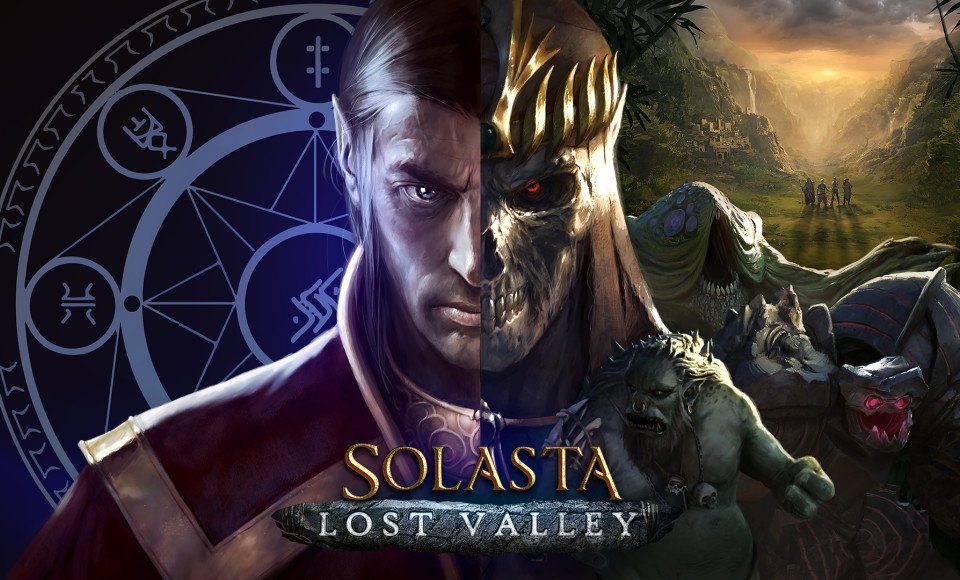 Hey there folks! Lost Valley is finally here, and with it comes a ton of free improvements such as the long awaited online multiplayer co-op mode. Also, if you have some friends that want in now you can play together, Solasta is -60% off and Primal Calling is -20% on Steam until April 21st!

Detailed information about each subclass can be found in this thread

Alright folks, time for you to head into Lost Valley! If you're looking for people to play multiplayer co-op with, make sure to drop by our Discord Server to meet new friends! 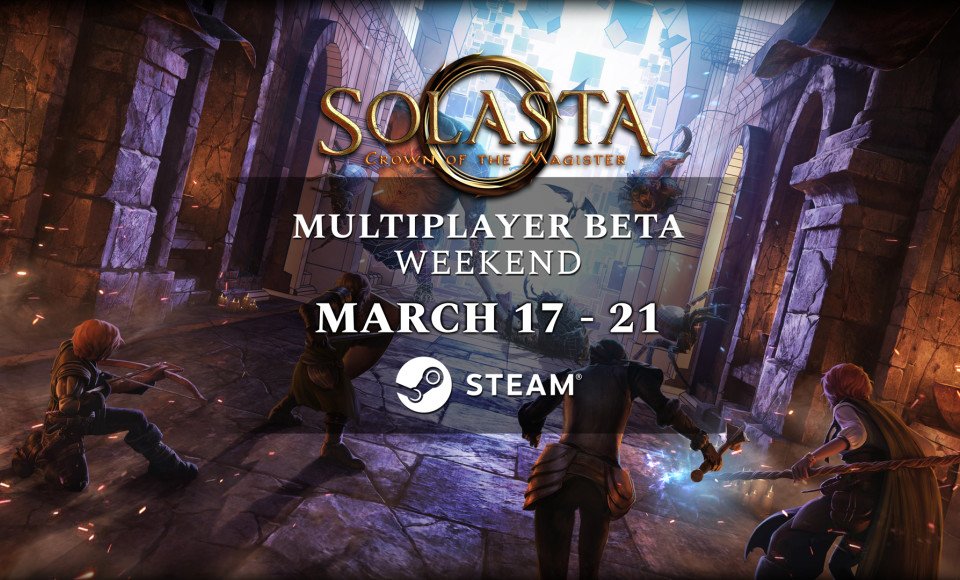 We've been keeping it secret for a long time, but today's finally the day. We are announcing Online Multiplayer Co-op for Solasta - available in all existing and future campaigns, as well as custom Campaigns created in the Dungeon Maker! But that's not all, we're also announcing our next DLC: Lost Valley, coming up April 14th - a brand new level 1 - 12 adventure with branching paths and multiple endings, with 9 new subclasses and many new monsters and locations. And, of course, the free multiplayer upgrade for everyone!

On Wednesday March 16th at 9 am PDT / 12 pm EDT / 5 pm CET, we will be hosting a Dev Stream on our official Twitch Channel. This time it will be a little different though - as we'll be showing off Online Multiplayer Co-op with a couple of veterans from our Discord Server. Make sure to drop by to check out Solasta Multiplayer a day before the Beta starts! 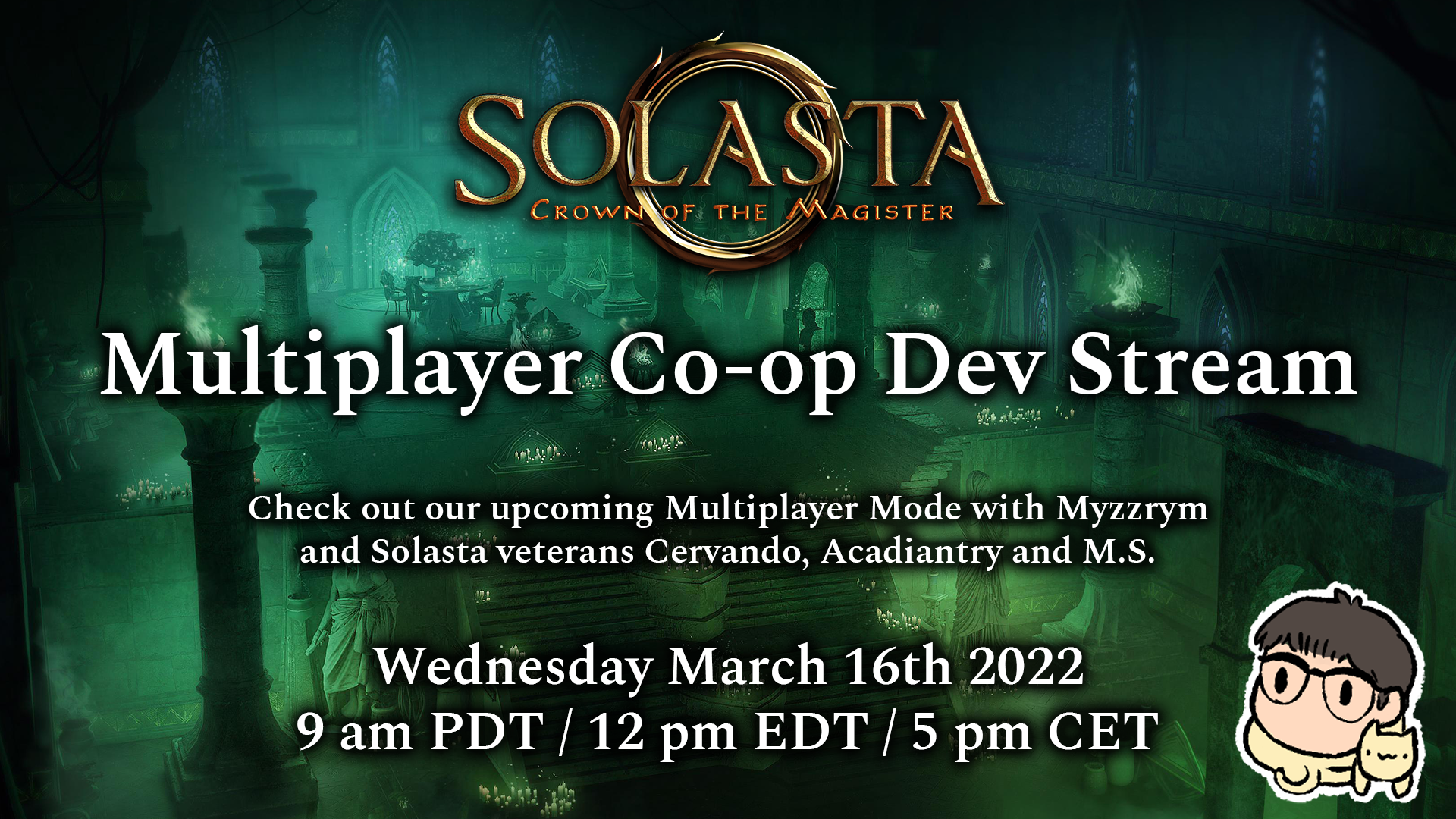 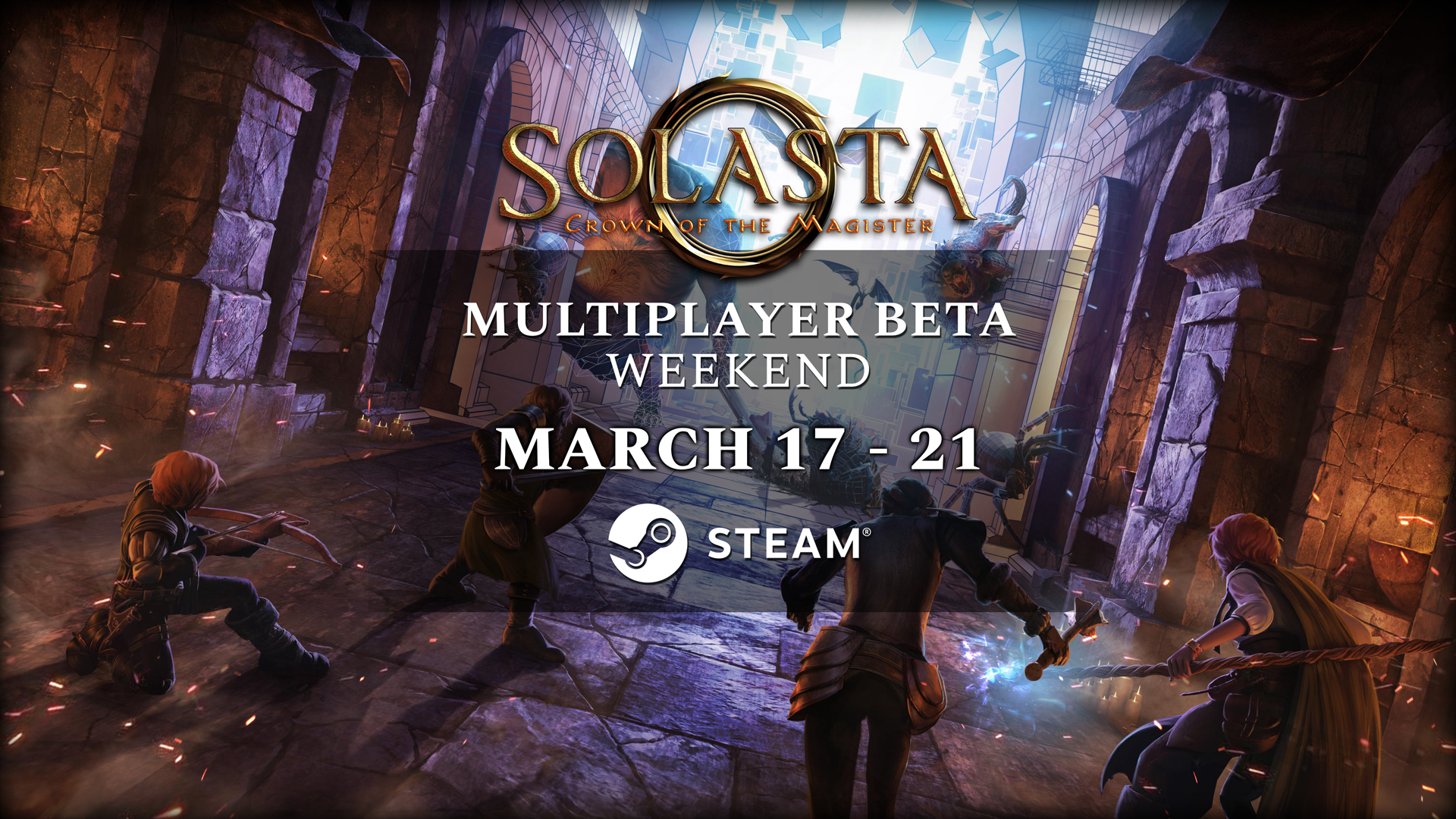 Tell your friends, boot up the game and enjoy some quality time beating up Soraks together!

Here is what you can expect from this Beta version:

On the day the Multiplayer Co-op Branch goes live on Steam, we will also be posting several guides on how to switch to the Beta Branch, how to Create / Join a lobby in Multiplayer, how to convert a Custom Dungeon into a Custom Campaign, and lastly what to do in case of desyncs. 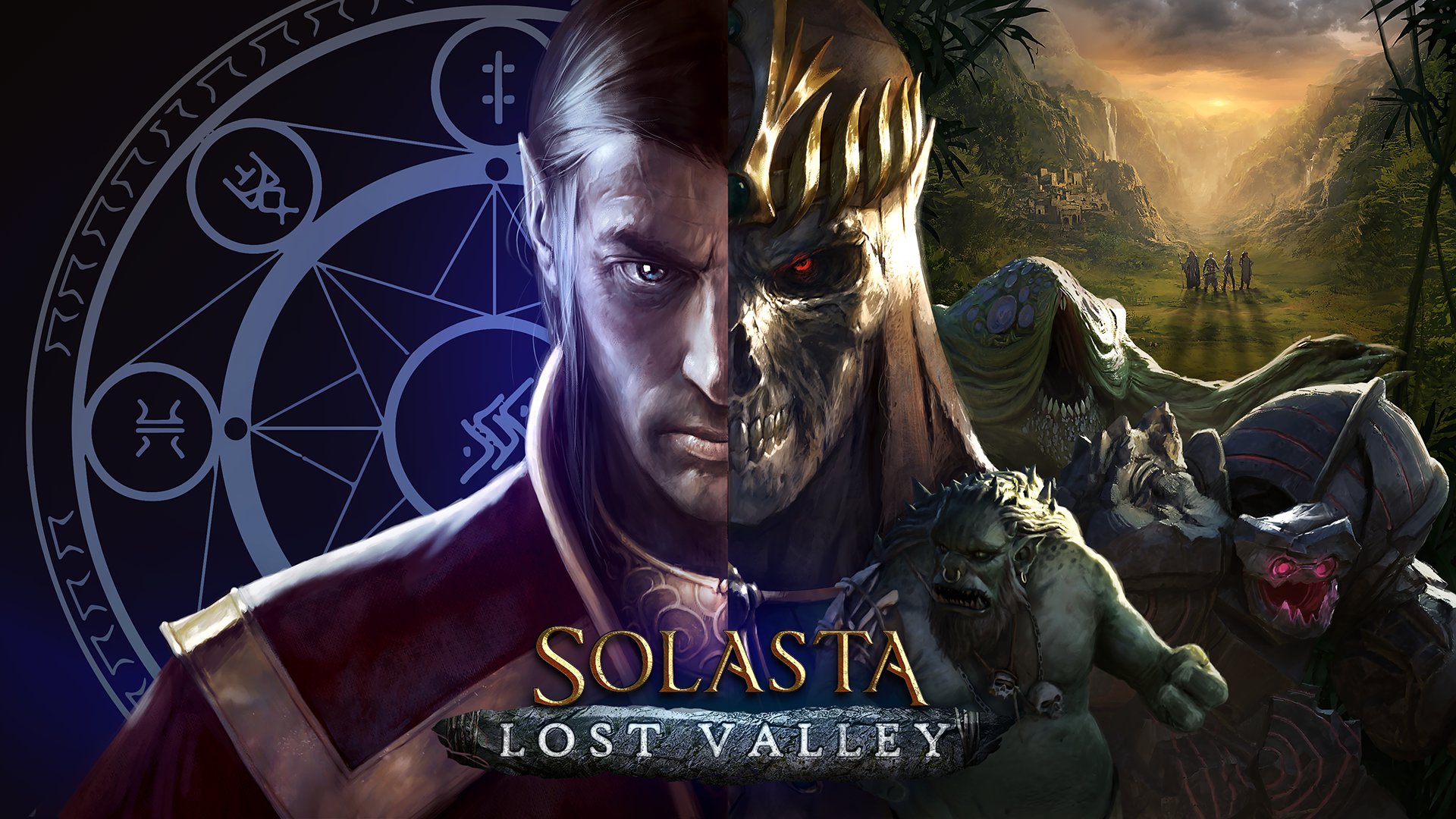 Welcome to Lost Valley, a seemingly idyllic yet isolated enclave ruled by the benevolent (?) Orenetis

Available on April 14th, the Lost Valley DLC is a brand new level 1 to 12 campaign that will take your party into the lands of the Dominion. This remote place long forgotten by all is ruled with an iron fist by the tyrant Orenetis, but the arrival of your adventurers will light a fuse under this political powder keg. 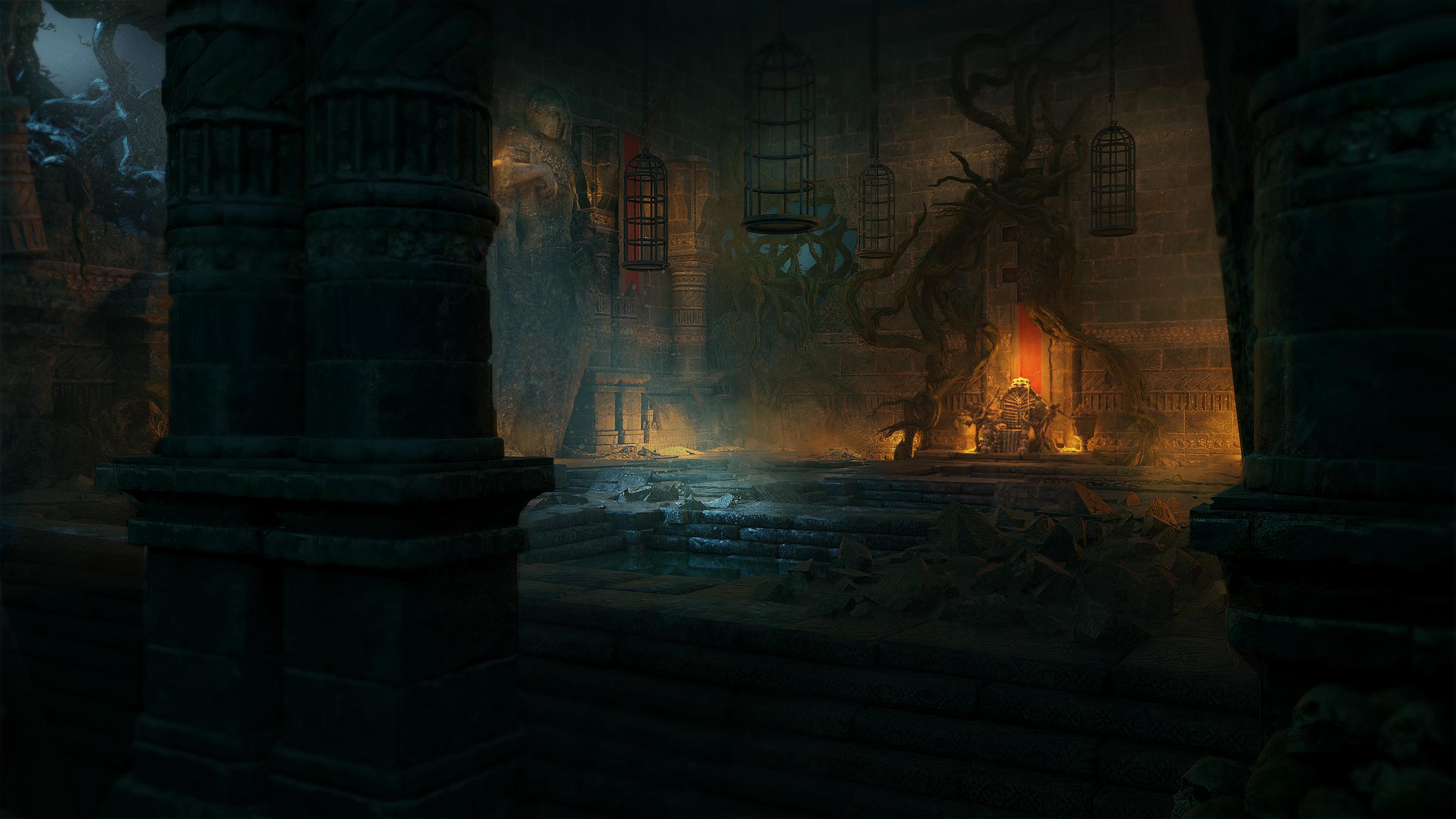 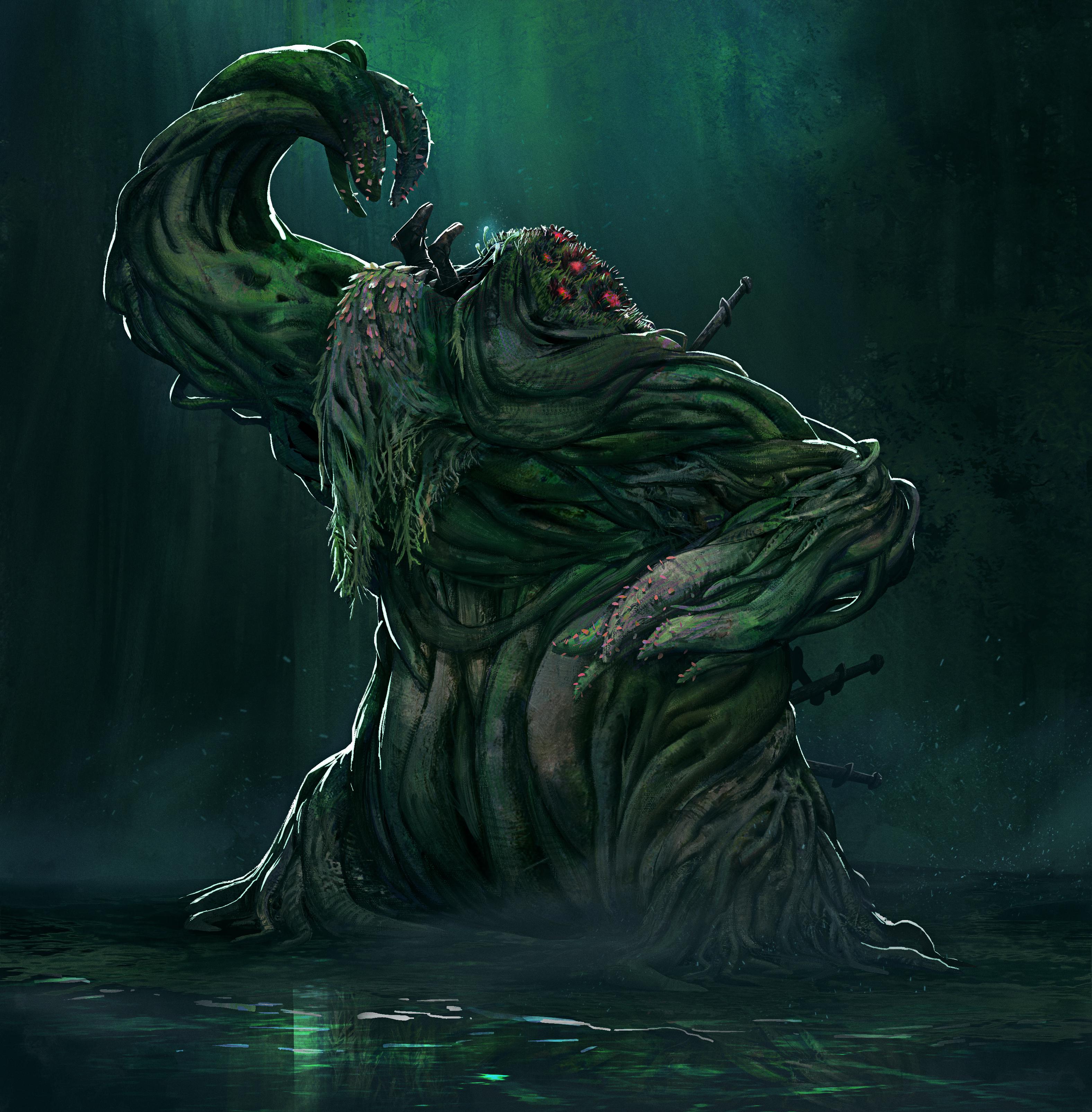 Alright folks, this is the end for today! See you tomorrow on Twitch for the Dev Stream, or on Thursday for the Multiplayer Beta weekend! Thank you for reading, and don't hesitate to drop by our Forums or our Discord Server. 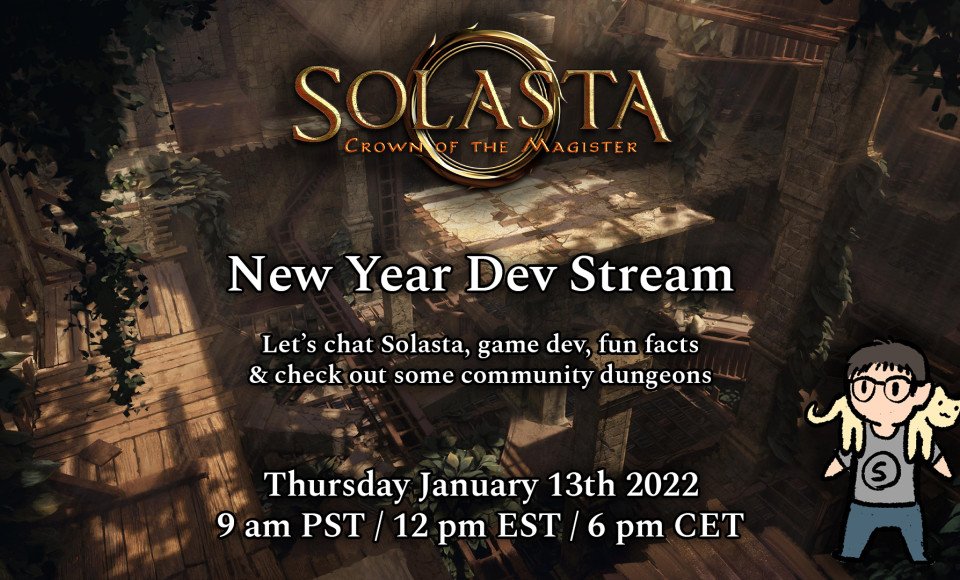 The Tactical Adventures crew and I wish y'all the best for 2022, may your dice always roll well. We're also going to do a little Dev Stream next week on Thursday January 13th at 9 am PST / 12 pm EST / 6 pm CET with the usual banter about Solasta, game development, fun facts while checking out some Custom Dungeons from the Steam Workshop - it's been too long since we did one of those! 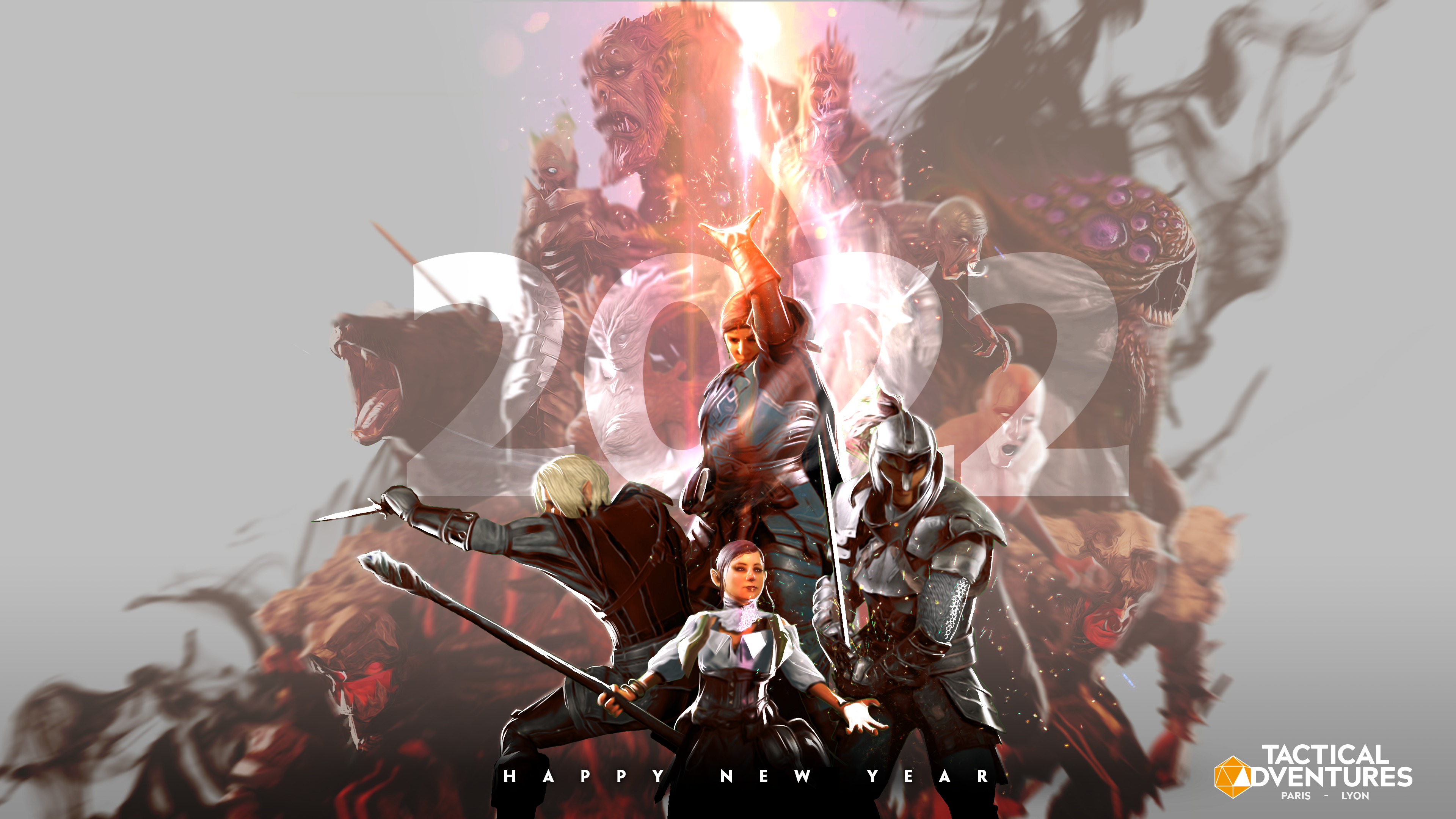 There be hints for the next DLC in this image. Happy hunting. 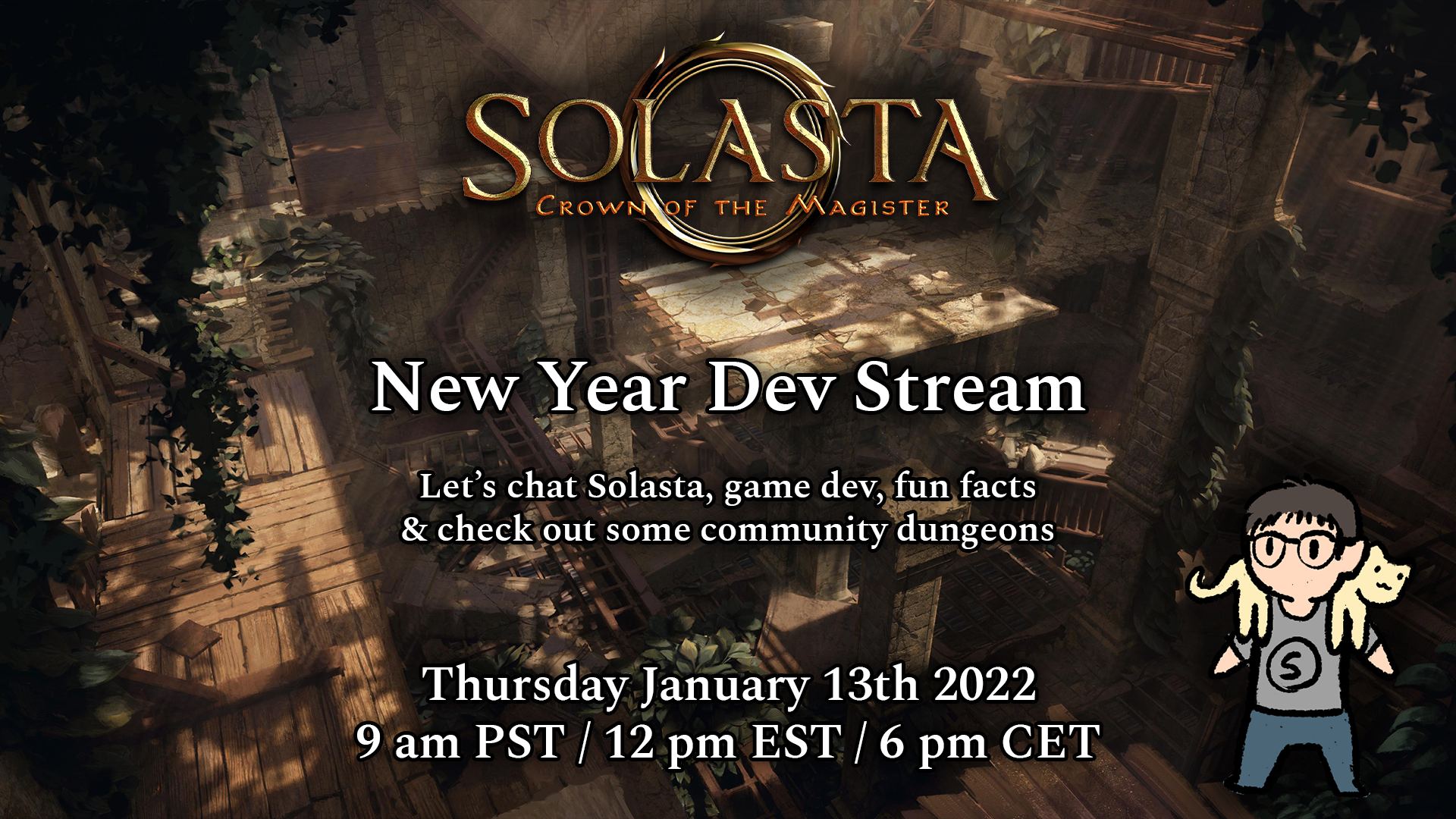 If you don't want to miss the stream, make sure you follow us on Twitch!

By the way, quick news for our Kickstarter Backers! Both the Sourcebooks and the Adventure Boxes are now being transported from the factories to the EU & US warehouses, where they will be packaged and sent to each of you individually. That said, remember that in the current state of the world this can still take quite a bit of time, so we're hoping that by end of February everyone gets their goodies - but we'll keep you in the loop as soon as we have more information to share.

The founder, Mathieu Girard, was co-founder of Amplitude Studios. For Tactical Adventures, he has gathered a team of experienced industry veterans, all with experience from major publishers or indie studios.

Brought together by our shared expertise and passionate about making games, we plan to remain a small studio of 15 to 20 people, efficient and focused on creating great games with powerful narratives.

We are all big fans of board games and tabletop role playing games, and the objective of Tactical Adventures is to design a unique experience on computers and consoles. Supported by experienced partners, we are a united and ambitious team.

Our goal is to recreate the feel of a tabletop RPG onscreen, through the faithful adaptation of rules and universes.

While computer RPGs have existed for almost 40 years, the technology has progressed, new forms of interaction have been invented, and Tactical Adventures has created some critical evolutions in computer RPG mechanics, which will bring the interactive experience as close to that of a tabletop RPG as possible.

Want to join us ?

There are no current openings, but if you are really talented at what you do and you would like to join us, feel free to contact us !

We use cookies to ensure that we give you the best experience on our website. If you continue to use this site we will assume that you are happy with it.Ok